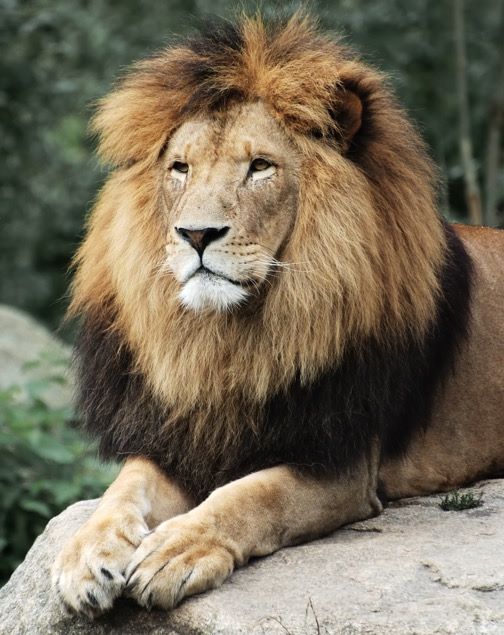 “Tell the daughter of Zion, ‘Behold, your King is coming to you, Lowly, and sitting on a donkey, A colt, the foal of a donkey.’" Matthew 21:5

The first four books of the New Testament are called the Gospels, which means, Good News, because they wrote about the long-anticipated arrival of the Messiah, Jesus Christ. The One Israel had been waiting for, longing for since it's earliest days as a nation. Existing under the rulership of a foreign power, currently, Rome, was tough, and people expected the Messiah to bring deliverance – that He had come was the greatest possible news!

The first three Gospels, Matthew, Mark, and Luke, are called 'Synoptic' because they give a 'synopsis' or highlights of Jesus life and ministry, while the fourth book, John, takes a different approach and jumps around a bit based more on his purpose for setting pen to paper.

Each of the four Gospels tend to have a focus on a particular aspect of Jesus based on Old Testament prophecies of the coming Messiah.

Beginning with Matthew, where Jesus is shown to be the King of the Jews, the Lion of the tribe of Judah, the rightful heir to the Throne of David. As Zechariah prophesied, "… Behold, your King is coming…" Zechariah 9:9

To the Jews, who begged God for their first King, Saul, the coming of the King would be great news – the best! For they had lost their sovereignty as a nation. The glory of their forefathers, of Abraham, Moses, Joshua, and David, was forfeited to sin and disobedience.

There was confusion about what the messianic prophecies really meant, but in their hearts, they wanted what they perceived as the 'greener pastures' of the old days. David and Solomon, security and wealth! A physical kingdom that would bring deliverance from Rome once and for all.

Matthew confirmed that their King had indeed come as the prophets had said, only he came differently than most expected, that is, His kingdom would not be a physical, legal entity that ruled by earthly means. Jesus' Kingdom would be even more valid, powerful, and real, just different than they expected, unseen and spiritual, established in heaven and earth.

What is so important about Jesus being King? What is it about Kingship that matters? Either in the old world of first century Palestine, or the 21st-century world which, for the most part, has long-since abandon the governance of Kings.

Because the King sets the standard and agenda for those who follow. He is the leader, the standard-bearer.

When Pilate asked Jesus flat out if He was the King, "Jesus said to him, “It is as you say.” Matthew 27:11. The Apostle John adds –
For this cause I was born, and for this cause I have come into the world, that I should bear witness to the truth. Everyone who is of the truth hears My voice.” John 18:37

And because He bore witness of the truth, that is, the essence of His Kingdom is the goodness and love of God for the entire world, He was crucified.

As our standard-bearer, the message of King Jesus is now ours – to be witnesses to the truth.

If you choose to follow Christ, the Messiah, the King, the one who stood and bore witness to the truth of God, the salvation of the world and a kingdom not made of hands and not of this world – then this is your message as well – to be a witness of the truth. It will likely lead to the same place our King's witness led, to the cross.

So He is not going to make you follow, it's your choice. But if you do follow King Jesus, be of good cheer, for He has overcome the world, death, hell and the grave, and rose victoriously, the firstborn among many brethren (Romans 8:29) – that's us. A true King leads the way.

For God so loved the world that He gave His only begotten son, Jesus, King of Kings and Lord of Lords, so that whoever believes in Him will not perish but have everlasting life. This is the truth of which I will bear witness all the days of my life.