Be filled with the Holy Spirit – Weatherproof 44 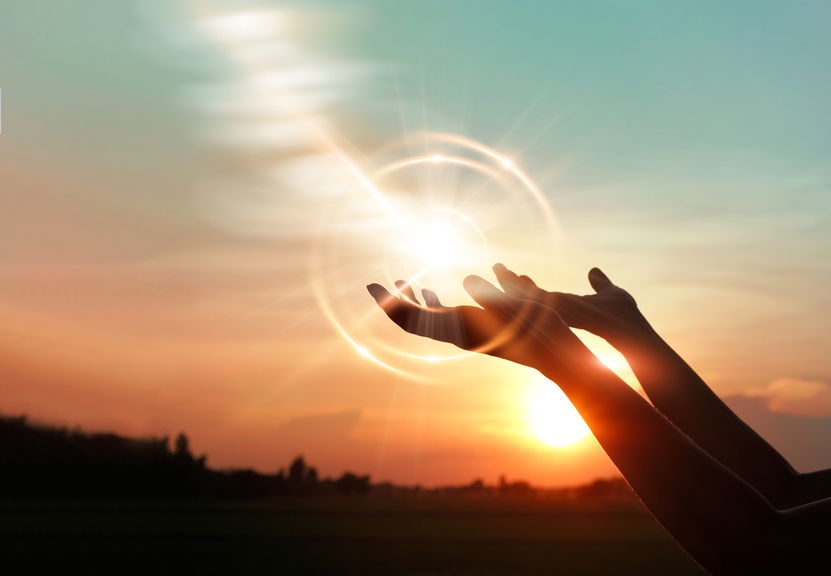 “And now I will send the Holy Spirit, just as my Father promised. But stay here in the city until the Holy Spirit comes and fills you with power from heaven.” Luke 24:49 NLT

One of the final instructions given by Jesus to His disciples was reiterated by St. Luke, both at the end of His Gospel, and the introduction to the Book of Acts, as he explained:

“…until the day he was taken up to heaven after giving his chosen apostles further instructions through the Holy Spirit. During the forty days after he suffered and died, he appeared to the apostles from time to time, and he proved to them in many ways that he was actually alive. And he talked to them about the Kingdom of God.
Once when he was eating with them, he commanded them, “Do not leave Jerusalem until the Father sends you the gift he promised, as I told you before. John baptized withwater, but in just a few days you will be baptized with the Holy Spirit.” Acts 1:2-5 NLT

Jesus was leaving, going back to heaven, His redemptive work complete, He was leaving His followers to carry the loving message of the Gospel into the world, and to pass the message of Jesus from generation to generation. He wasn’t abandoning them, but rather, as He had told them previously:

“If you love me, obey my commandments. And I will ask the Father, and he will give you another Advocate,who will never leave you. He is the Holy Spirit, who leads into all truth. The world cannot receive him, because it isn’t looking for him and doesn’t recognize him. But you know him, because he lives with you now and later will be in you. No, I will not abandon you as orphans—I will come to you. Soon the world will no longer see me, but you will see me. Since I live, you also will live. When I am raised to life again, you will know that I am in my Father, and you are in me, and I am in you.” John 14:15-20 NLT

But the Spirit wouldn’t be poured out upon the disciples until Jesus had returned to heaven. So Jesus told them to wait. He didn’t want them to get ahead of themselves. He didn’t want them running out in their own strength, with their own cleverness and well-intentioned passion. By waiting for the Holy Spirit they would be anointed to speak with one voice, they would have Divine power, insight, and favor. They needed to wait, for their mission was great.

“But you will receive power when the Holy Spirit comes upon you. And you will be my witnesses, telling people about me everywhere—in Jerusalem, throughout Judea, in Samaria, and to the ends of the earth.” Acts 1:8 NLT

We read of the outpouring of the Holy Spirit in Acts 2, when, on the day of Pentecost, they received the Promise of the Father, poured out upon the disciples gathered there in Jerusalem, waiting, and, subsequently, poured out upon everyone who chooses to follow Jesus, the entire Body of Christ, for all time until, in God’s glory, Christ returns.

Remember, as Jesus was beginning His earthly work, after His baptism and wilderness temptation, Jesus went to the temple and read a passage from Isaiah. It was here Jesus announced His calling as Messiah. Reading from Isaiah, he said:

“The Spirit of the Lord is upon me, for he has anointed me to bring Good News to the poor. He has sent me to proclaim that captives will be released, that the blind will see, that the oppressed will be set free, and that the time of the Lord’s favor has come.” Luke 4:18-19

And this, by God’s grace, was exactly what He did. And now, dear ones, Jesus has sent the Spirit of the Lord to be in, with, and upon the Church. His disciples, you and me, now have the very same calling, to do the same things Jesus did. To be vessels of love, through which God can:

With such a great assignment, how can simple believers like you and I ever hope to accomplish God’s will in our generation? The secret might well be found in the role of the Holy Spirit Himself. Jesus calls the Spirit our Comforter or Helper. In the original language the word is “Parakletos” which means “to come alongside and cry out.” And this description of the Holy Spirit is exactly how we accomplish our calling as disciples.

Dear one, by the power of the Holy Spirit, be present today for the people Jesus brings across your path. Come alongside them to comfort and to help. Listen, love, pray, risk. Freely you have been given—freely give.