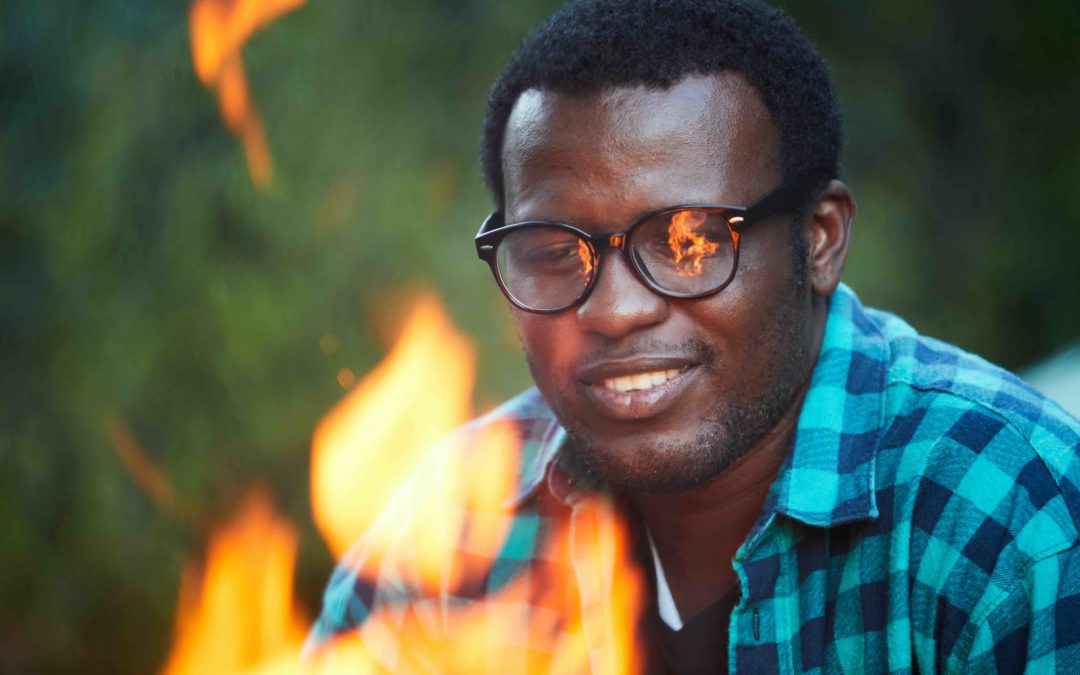 Keep watch and pray, so that you will not give in to temptation. For the spirit is willing, but the body is weak! Matthew 26:41 NLT

Jesus’ command to watch and pray is something He personally demonstrated for His disciples in the garden of Gethsemane. The culmination of His purpose was upon Him and He knew it. His human inner-man was torn, grieving, fighting against cooperation with God in the Spirit. We can’t know the extent of His sorrow and distress, for He bore in His body, mind and soul what we never could.

But the mindful, prayerful watchfulness that He models, is the essence of His command to watch and pray. For even our role in the Divine drama for the restoration and wholeness of our generation is important, and through watchfulness and prayer we can keep our eyes more keenly fixed on our purpose and call.

Then Jesus went with them to the olive grove called Gethsemane, and he said, “Sit here while I go over there to pray.” He took Peter and Zebedee’s two sons, James and John, and he became anguished and distressed. He told them, “My soul is crushed with grief to the point of death. Stay here and keep watch with me.”

Even though the cross He bore was His and His alone, Jesus did not forsake the community of those closest to Him, but shared His heart with them, and enlisted their support in prayer. In an age of independent superstars and loners, this is a key reminder, the burden you carry can be shared by the Body of Christ, at the very least, those closest to you, your spouse, dearest friends, your pastor or elders. Faithful brothers and sisters will watch and pray with you.

Like Aaron and Hur, lifting up the arms of Moses during battle so that Joshua could defeat the enemy. It wasn’t just the job of Joshua to fight, but also Moses, to raise his arms—he is the only one who was called to do it, but the body, specifically Aaron and Hur, stood with him. They were watchful, and God brought the victory.

When Moses’ arms grew tired, Aaron and Hur brought a stone for him to sit on, while they stood beside him and held up his arms, holding them steady until the sun went down. In this way Joshua totally defeated the Amalekites. Exodus 17:12-13 GNT

Then Jesus, enjoining His dear ones to watch with Him, walked a little farther to pray.

He went on a little farther and bowed with his face to the ground, praying, “My Father! If it is possible, let this cup of suffering be taken away from me. Yet I want your will to be done, not mine.”

Jesus prayed with His words and with His posture, He bowed face to the ground, and asked for another way. Yet, His overriding passion was following His Father’s will, to be obedient, voluntarily cooperating with the Father’s holy and righteous plan.

who, in the days of His flesh, when He had offered up prayers and supplications, with vehement cries and tears to Him who was able to save Him from death, and was heard because of His godly fear, though He was a Son, yet He learned obedience by the things which He suffered. Hebrews 6:7-8 NKJV

Then he returned to the disciples and found them asleep. He said to Peter, “Couldn’t you watch with me even one hour? Keep watch and pray, so that you will not give in to temptation. For the spirit is willing, but the body is weak!”

When Jesus returned He found them asleep. And in this weary and unusual setting for the disciples, Jesus explains that discipline is needed to watch and pray. The spirit is willing but the flesh is weak. Many of us battle this discrepancy personally, we want to stand with Jesus, remain watchful and intercede for our loved ones and the world. We want to be known by Him as faithful watchmen, guarding the flock, standing for the burdened and the weak—but we ourselves are weak. And in the midst of best intentions we get distracted, we fall asleep, we lose focus. We must cultivate the discipline of watchfulness, fighting through distractions in cooperation with God’s will.

Then Jesus left them a second time and prayed, “My Father! If this cup cannot be taken awayunless I drink it, your will be done.” When he returned to them again, he found them sleeping, for they couldn’t keep their eyes open.

So he went to pray a third time, saying the same things again. Then he came to the disciples and said, “Go ahead and sleep. Have your rest. But look—the time has come. The Son of Man is betrayed into the hands of sinners. Up, let’s be going. Look, my betrayer is here!” Matthew 26:36-46 NLT

Jesus left and prayed a second and third time. Watchfulness and prayer, battling in the spirit for the will of God to be brought to bear in a circumstance or situation, is truly a battle. Jesus fought through the grief, fought through the pain, and, with confidence, returned to face the coming days in the power and unity of Father, Son and Spirit, walking in perfect cooperation with His Father’s will.

Dear ones, the victory of redemption, the miracle of wholeness, and deliverance from the weight of sin, has been accomplished by Jesus Christ. He is the Victor! But now, until He returns, each person, in every generation, is destined to grapple with His Lordship—will I follow Christ as Lord and Savior, or will I go my own way? And for those of us who have chosen to follow Him, our mission is to stand in the gap for our loved ones, the voiceless, the poor, the unwanted and unloved—to watch and pray, and to declare to those who have ears to hear that Jesus Christ is Lord, He loves you, and He will make you whole and well and give you peace. Turn to Him, He will set you free from the clutches of sin and death.